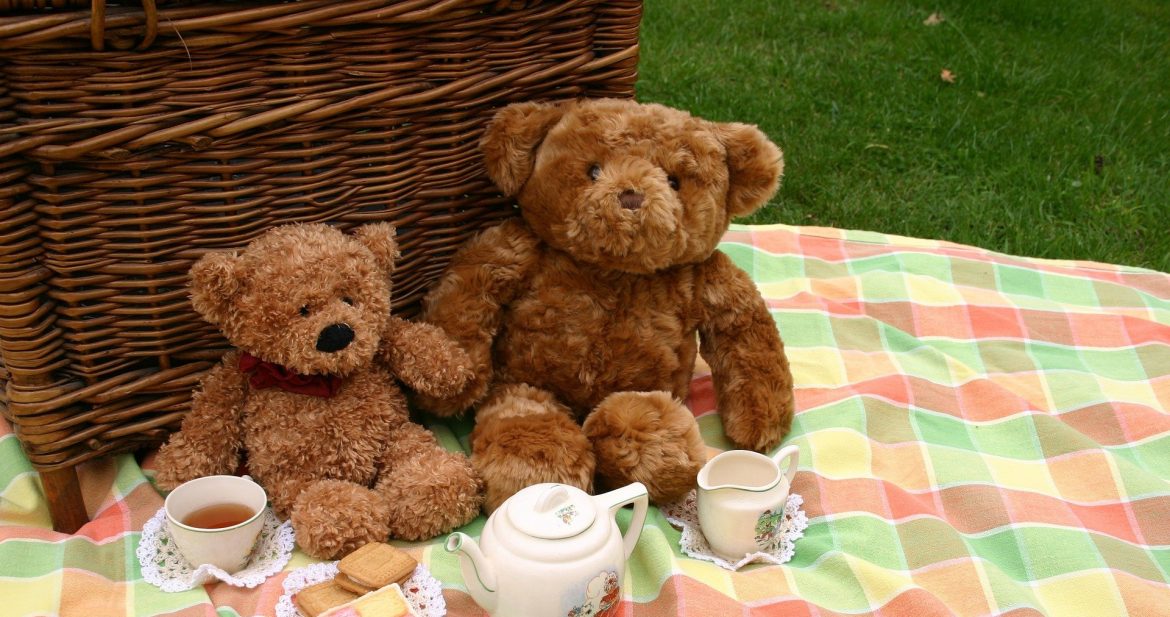 One of the hits of last summer’s Park Bench Theatre open-air season in York is being streamed by Engine House Theatre from Friday (Feb 26).

Children’s show Teddy Bears’ Picnic, performed by Cassie Vallance, was one of a hat-trick of shows staged in Rowntree Park under COVID-safe conditions. It was attended by more than 1,000 adults and youngsters over its 30-plus performances.

This year, Engine House Theatre is streaming the show, which includes a ‘make your own teddy bear’ craft video, from 26 February to 7 March. The show is suitable for everyone aged three and over.

Tickets, which allow viewing for the whole event period, are £5 and can be booked at tpetv.com.

Teddy Bears’ Picnic was inspired by the song and based on an original idea by Julian Butler. The show was co-created and performed by Cassie Vallance, directed and co-created by Engine House artistic director Matt Aston.

Every year Jo’s family used to have a big family gathering—a teddy bears picnic. It was brilliant. Then she got too old and too cool for that sort of thing. So she stopped going. But now she’s grown up … she wishes she could have them all over again.

The streaming show will also feature a ‘Make your own teddy bear’ craft workshop with Cassie Vallance.

Matt Aston said: “I’m so pleased to be finally joining the 21st century and having Teddy Bears Picnic stream online for people to enjoy at home.

“It seems such a long time ago that we all suddenly had to live and work in a very different way to bring live theatre back to York, and I’m still extremely proud of the Park Bench season and of all the wonderful people who worked on it and helped make it happen.

“We didn’t have any plans to stream the shows but once we’d gone into this third lockdown we had a look at what footage could be used. We’re still hopeful we can stream the other two shows as well.

“I’m also thrilled that Cassie has brought her crafting skills from her award-winning company Story Craft Theatre to present a short film so everyone cardboard teddy at home.

“With the announcement of the roadmap earlier this week, there seems to be light at the end of the COVID tunnel, Teddy Bears’ Picnic will—hopefully—be another of those small treats to help families get through the final days of home schooling.”