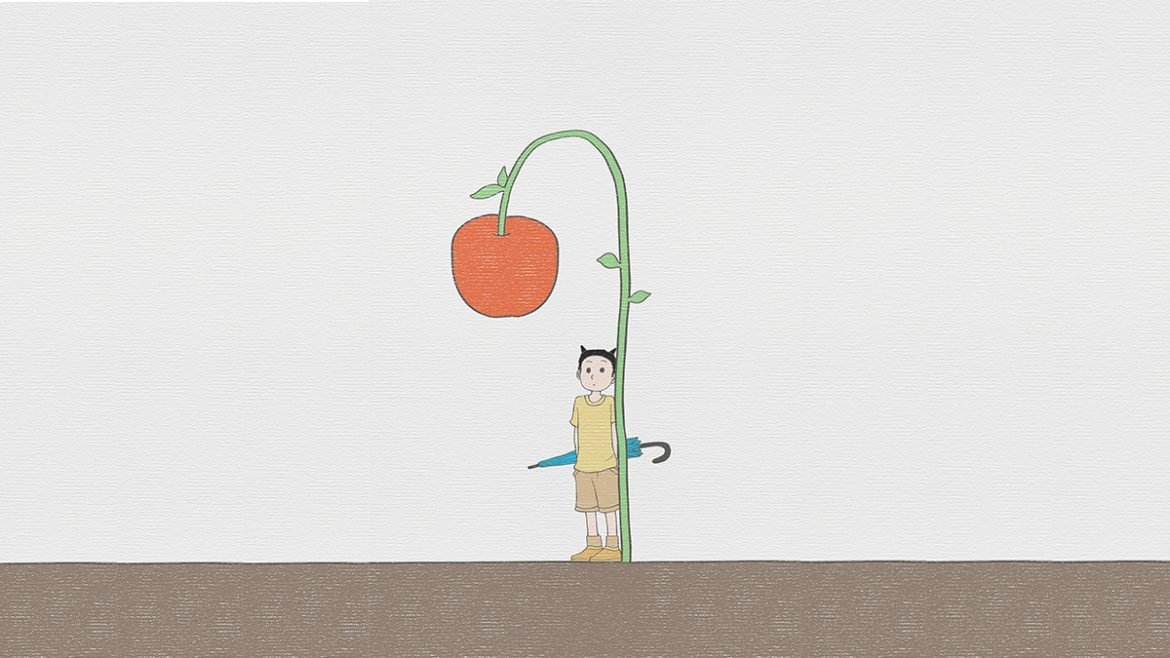 Raymond Bodkin used to laugh at some of the things his mother said.

“How’s little Raymond, Peggy?” Auntie Vera would ask when she came round for a natter.

Raymond found that very funny because he hadn’t eaten any beans, just a raw carrot which he shared with his rabbit, Bobtail.

“A whirlwind with muck on his face and a frog in his pocket!” said Peggy.

“Sums him up perfectly – an angel with mischief in mind,” Auntie Vera replied.

Apart from saying amusing things, Raymond’s mummy, like all parents, was very good at ‘put downs’. If he ever questioned what she said, she would reply,

“Don’t argue, Raymond, Mummy knows best and don’t you forget it!” At this point, Raymond would sometimes pull a face. “And you can wipe that look off your face! One of these days the wind will change and it’ll stick like that!”

If ever he came into the room looking sad, she’d say, “Who knitted your face and dropped a stitch?” Followed by “Stop crying or I’ll give you something to cry about!”

“Eat your crusts, Raymond, and you will grow lovely blond curls.” Raymond always ate his crusts because he wanted to have curly hair.

“Don’t eat the apple pips because a tree will grow in your tummy.” Raymond was always careful not to swallow any pips when he ate an apple.

“Eat your vegetables if you want to be a big, strong boy.” Raymond ate all his vegetables, including sprouts, because he wanted to grow up big and strong. He also found farting funny.

“Never eat cheese for your supper or you’ll have very bad dreams.” Raymond never ate cheese before going to bed because he certainly didn’t want to have nightmares.

“Eat lots of carrots then you’ll have really good eyesight.” When Raymond questioned this advice, his mother pointed out that rabbits ate lots of carrots and they never needed glasses. Raymond laughed when he imagined Bobtail wearing a pair of glasses.

Raymond took his mother’s advice and could quite often be seen wearing a t-shirt that said, ‘Mummy knows best’.

Things changed when Raymond reached his ninth birthday. He stood in front of the mirror and noticed a few things about himself. Firstly, he wasn’t big and strong, he was weedy, even though he’d always eaten his vegetables. Secondly, there wasn’t a curl on his head. His blond hair was straight, even though he’d eaten all his crusts. Thirdly, he had to wear National Health glasses because he had poor eyesight even though he’d eaten lots of carrots.

He began to question, and even refuse to follow, his mother’s advice which often led to arguments.

“Talking to you is like talking to a brick wall. I’ve told you time and time again, Raymond, Mummy knows best!”

Forty years later, Peggy felt she needed to downsize and move into a bungalow. Now in her mid-seventies, she was finding her big house difficult to manage, especially the stairs. She called in at the Estate Agent and made arrangements for Barbara to call round to value the property.

Barbara was here now with her notebook taking down details of all the rooms. When she’d finished, Peggy took her through to the front room and offered her tea, biscuits and a chat.

“How long have you lived here, Mrs Bodkin?”

“That’s a long time, Peggy, I bet you’ll be sorry to leave.”

“It is a long time, Barbara. So many memories too.”

Barbara’s eye was drawn towards an old photograph.

“That’s you when you were younger, isn’t it? You’ve hardly changed. Who’s the little boy with you?”

“He looks like he was a handful, full of mischief.”

“What does he think about you selling the house?”

“I lost Raymond when he was ten years old.”

“Oh, dear, that’s very sad. I’m so sorry.” She wished she’d never started the conversation so changed tack. “Can I have a quick look around the garden, Peggy? Sometimes a nice garden can make all the difference when it comes to selling a house.”

“Of course, I’ll give you a guided tour. The garden is my pride and joy, so many memories growing there.”

Barbara gasped when she saw Peggy’s wonderful garden in full bloom. The centrepiece was a magnificent apple tree in the middle of the lawn bursting with fruit.

“My goodness, Peggy, this is wonderful. The apple tree is spectacular. The fruit looks delicious.”

“Sweet and juicy with a taste like no other.”

Barbara spotted a plaque at the base of the tree inscribed with the name ‘Raymond’.

“Did you plant the tree in memory of Raymond?”

“No. The tree is Raymond. I told him what would happen if he swallowed the pips but he just wouldn’t listen. As always, Mummy knew best!”

A Decade of Discovery: York Festival of Ideas Celebrates Tenth...