My perfect weekend always involves two things: Formula 1 and Arsenal playing in the Premier League. Five red lights disappearing, or a whistle being blown, results either in immense joy or much despair. For me, what makes sport special is this: the thrill of not knowing what’s going to happen but rooting for your team nonetheless—it’s so exciting.

And it’s with this excitement in mind that I bring you my favourite sporting moments.

I remember having tears of joy in my eyes after Aaron Ramsey scored the winning goal, set up by a backheel from Giroud. It was an almighty comeback from The Gunners, who found themselves 2-0 down within the opening ten minutes (after which every “Gooner” was dreading another humiliating defeat and a continuing search for new silverware!).

It seemed like it was all over. Then Cazorla smashed in a free kick before half time, giving a slight glimmer of hope. Kosicenly equalised in the second half, before Ramsey earned his place in the history books by winning our first trophy in nine years. The emotions ran very high; there were happy tears, and jubilation, and lots of cheer!

2020 was a strange year all-round and, among other things, it meant that F1 would be returning to an old track in Istanbul, a track which had just had new tarmac laid down. What ensued was one of the best championship-winning drives. Without the fastest car, Hamilton made history by using pure driving knowledge and skill to equal a time, set by Schumacher, that we thought we would never see again. What a weekend that was!

44 minutes: this is all that was needed for Sir Mo Farah, Greg Rutherford, and Dame Jessica Ennis-Hill to conjure up Team GB’s greatest achievement and one of the greatest moments in sporting history. It was even named the “greatest British summer games moment” of all time, not just by fans, but by a BBC Sport panel of Olympic experts, too. 80,000 fans (and many more worldwide, on TV and radio) got to see all three athletes win gold, with the 10,000-metre run win by Farah being especially unforgettable. 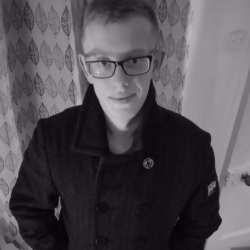 Ryedale District Council on hand to help citizens struggling with...

The Language of Leaves

If house prices could fall, is now the right time...

The Value of Financial Planning