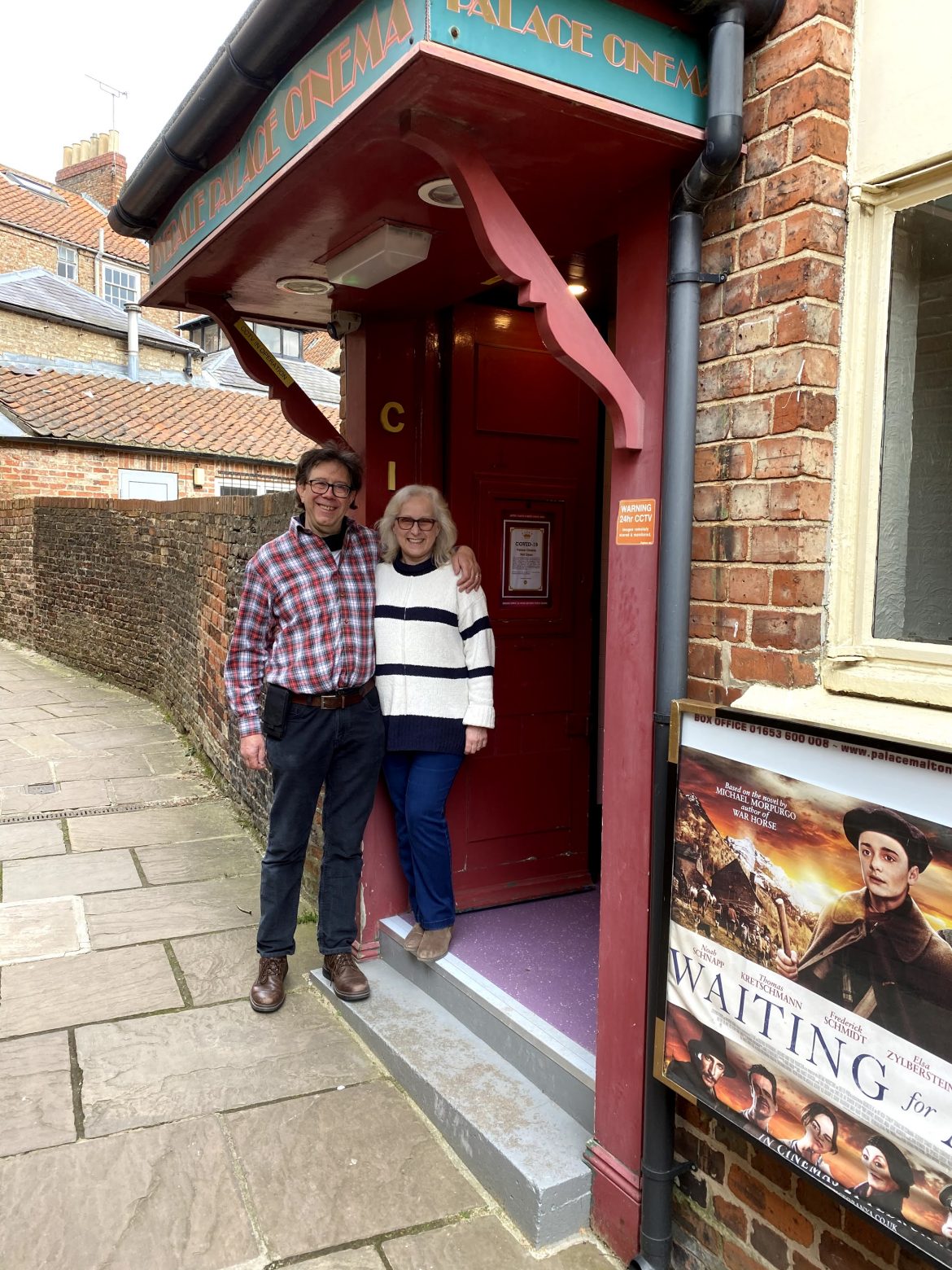 Spotlight On: The Palace Cinema, Malton

Comfortable seats. Tea in mugs. State-of-the-art digital projection. And all the latest blockbusters. This is what we’ve come to expect from our local, family-run cinema. And it will all be returning very, very soon.

Jeremy Powell has owned The Palace Cinema Malton for nineteen years, and Caroline, his wife, and himself have been working hard during lockdown revitalising the cinema’s beautiful art décor interior, ready for re-opening 17 May.

“Lockdown has been hard for everyone and there have been times when we thought we’d have to throw in the towel,” says Jeremy. “But much-needed grants from both the Council and the Cultural Recovery Fund (through the British Film Institute) have rescued the cinema this year.”

Caroline and Jeremy are excited to show off their hard work to audiences. Jeremy tells us: “While it has been challenging for us and our staff to be closed for so long, it has been nice to have time to make some changes. During the first lockdown, we refurbished the foyer area, installing screens between staff and patrons. After finishing the toilets and kitchen area, we hope to have finished redecorating the entrance by the end of March. We will then spend April training our returning staff—ready to open Monday 17 May.”

Caroline adds: “There is a back-log of films, and we have a lot of great movies to choose from for our schedules. From Godzilla vs Kong to The Mauritanian, and Blithe Spirit to Top Gun and Peter Rabbit, there are films for everyone this spring and summer. We are particularly looking forward to the new Bond film.”

The Palace Theatre Malton is a Grade II listed building that opened in 1934. And apart from being closed briefly in 1987 for conversion to a smaller screen, and again from 1998 to 2002, the cinema has been showing films ever since. Jeremy says: “I’d wanted to own a cinema since I was 17 years old after watching the 1957 film ‘The Smallest Show on Earth’, with Peter Sellers, Margaret Rutherford, and Virginia McKenna. The Palace came up for sale—and I knew this was my opportunity to live out my dream!”

Jeremy describes purchasing The Palace as—in effect—a “vanity project.” But we don’t see it that way. After nineteen years, the cinema has become integral to our community, and “vanity” would imply that Jeremy’s pride is excessive—which it is not.

Over the years, Jeremy and Caroline have honed their skills in choosing films for their audiences. The first successful film, and the one that changed everything for Jeremy, was Calendar Girls in 2003, which filled screens for weeks. These days, films generally run for around four weeks to ensure there is time to fit everything in. Jeremy tells us that live stage shows have also been a “great addition” to their schedules.

The cinema’s ten members of staff are looking forward to welcoming audiences. COVID-safety measures will be in place: face masks will be compulsory, hand sanitiser will be available, entrance/exit times will be staggered, and more. But among all this, the usual—fantastic—Palace Cinema experience will still be evident.

Asked what their favourite films were, Jeremy said “Love Actually, Notting Hill, and Galaxy Quest”, whereas Caroline went for “Paddington and Peter Rabbit”. And this, to me, suggests that they don’t take themselves too seriously! Both Jeremy and Caroline are hugely grateful for the messages of support they have received over this last year.

When lockdown eases, please go enjoy a film or live show at The Palace Cinema—and help ensure the survival of a local treasure.

The House Reopens its doors once again

Nunnington Hall Are Looking for a New Lead Cook

There’s No Better Time To Get Financial Advice!

Spotting Woodworm in Your Home

Get Your Car Post-Lockdown Ready

The Sun Is Coming Out

“Welcome back, one step at a time”