Will You Leave Your Family To Face a Tax Nightmare?

Most parents say they’d do anything to avoid their children suffering. But is that true?

So what actually happens if you don’t write a will? Put simply, your estate will be handled according to ‘intestacy’ rules. That is the UK’s way of allocating inheritances.

Sometimes it can work out OK. Other times, though, it can cause endless amounts of problems at an already difficult time. For example, if you die unmarried, your wealth will be transferred to your ‘next of kin’, not your partner. So if you have children, it might go to them. But if you don’t—it’s anyone’s guess (that’s not strictly true, but you know what I mean…).

The good news is this won’t matter so much to you, because you won’t be around. But for your partner or family members you’ve left behind, it could cause them hell (in addition to their grief). Most would rather avoid this, especially if they have an inheritance tax problem!

We’ve made it as painless as possible for you with two easy steps:

Step 1: Find out if you have an inheritance tax problem by requesting our FREE book.

Step 2: If you identify that you do, give us a call. 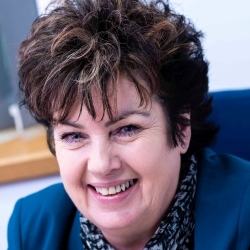 From the Horses Mouth…

Discover the New You

The Tyranny of the Shoulds

Avoiding Christmas Crises for Your Pets