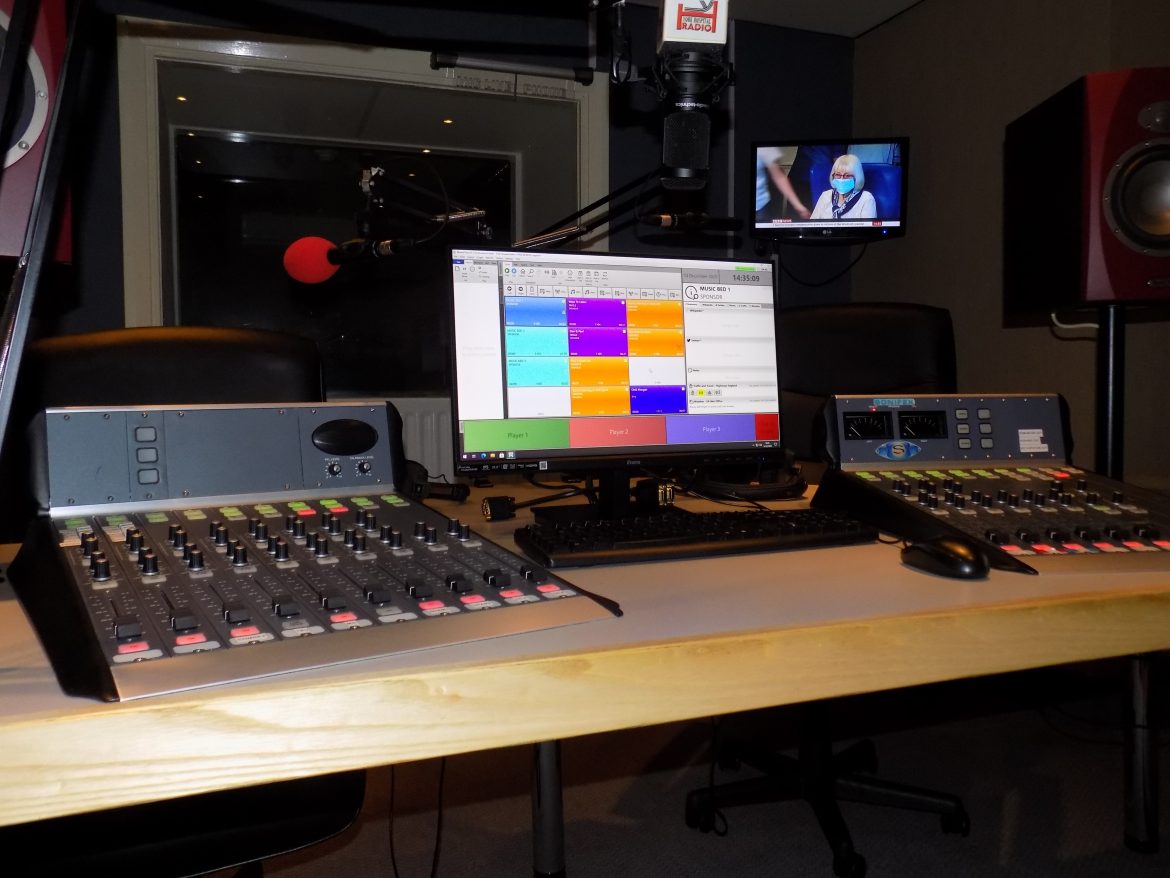 The volunteer broadcasters at York Hospital Radio, the radio station and registered charity aimed mainly at listeners in the York Hospital, are celebrating a great start to 2021 with more donations to their fundraising appeal.

Last year, the station launched an appeal for £15,000 to replace the life-expired computers which help keep it on air 24 hours a day, seven days a week, and to refurbish its studio facilities.

Following significant earlier donations, the radio station has now almost reached its target with new donations from The Friends of York Hospitals and from Benenden Health.

The Friends of York Hospitals have donated £2850, which is being used for upgrading the technology needed to keep the station broadcasting.

Hussein Syed, Chairman of the Friends of York Hospitals, said: “We are happy to have made a donation to York Hospital Radio. Both of our organisations are involved in enhancing patient care in York Hospital in our different but complementary ways.”

In addition, York Hospital Radio has received £1000 from Benenden Health in York, which will be used to purchase new studio microphones, new chairs for the studios, a new laptop computer for Outside Broadcasts, and new arms to support the studio microphones.

Trina Higgins from Benenden Health said: “Benenden Health were delighted to support York Hospital Radio through the Benenden Health Community Fund, which supports health and wellbeing initiatives and projects, such as those that focus on boosting social connections. We are excited to see the work that York Hospital Radio will be undertaking in 2021 and the positive effects that this will have on the patients of the hospital, their families and all of those involved in the running of the station.”

Ian Clennan, chairman of York Hospital Radio, said: “On behalf of all the team here, I would like to express my thanks to both The Friends of York Hospitals and to Benenden Health for these wonderful contributions to our appeal, which have truly helped secure the future of the radio station.

“This is not the end of our fundraising story, as we still require around £8000 a year to keep going, but the donations made to our main appeal have ensured our survival and enabled us to improve the way we can broadcast, especially as many of our volunteers are unable to attend the studios just at the moment.”

York Hospital Radio broadcasts a mix of music shows reflecting all eras and musical genres. The output includes Outside Broadcasts (in more normal times) and commentaries on all York City home matches to patients across the York Hospital, and also online. The station can be heard via the website www.yorkhospitalradio.com, by downloading the free app from your app store, via smart speakers, or via Tune In Radio.