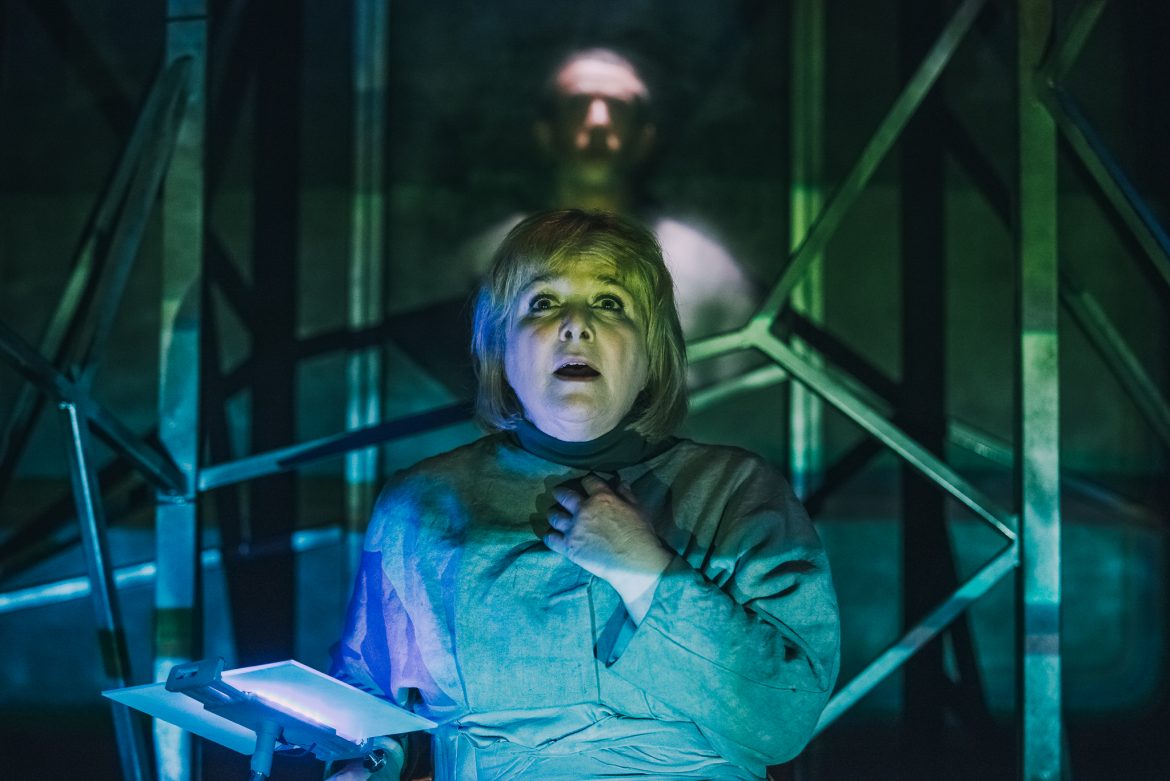 York Theatre Royal and Pilot Theatre’s co-production of The Machine Stops will be available to watch online from Tuesday 23 March to Monday 5 April 2021.

E.M. Forster’s 1909 short story is set in a futuristic, dystopian world where humans have retreated far underground and individuals live in isolation in ‘cells’, with all bodily and spiritual needs met by the omnipotent, global Machine.

Adapted by Neil Duffield, The Machine Stops premiered in the York Theatre Royal Studio on 13 May 2016, before embarking on a national tour.

Director, Juliet Forster, said: “Over this last year, I have thought about this piece many times as the world around us seemed to grow more and more like the incredible world that E.M. Forster imagined. And it’s even more striking today than it was at the time—things like human contact and human touch becoming something that’s almost taboo, things that didn’t seem relevant back in 2016 but are really, really striking and even more relevant now.”

Esther Richardson, Artistic Director of Pilot Theatre, said: “When we produced The Machine Stops in 2016, it already seemed an eerily prescient piece of work. A storyworld in which humans have become isolated from one another and living underground, communicating only through screens, offered an engaging space for reflection on perhaps the pitfalls of how our relationship with technology had been evolving. To be able to explore this in a live theatre space with an audience gathered together in person and with their technology switched off made it all the more dynamic a tale.

“It’s fantastic that, having spent the last year in different forms of isolation and on screens, we have the opportunity to share this great production, which will now sing with new meaning, meeting a new audience in a new context.”

The Machine Stops features a soundtrack composed by John Foxx, pioneer of electronic music and founder of Ultravox, and analogue synth specialist, Benge. The production was directed by York Theatre Royal’s Creative Director, Juliet Forster, and was designed by Rhys Jarman, with lighting design by Tom Smith and movement direction by Philippa Vafadari.

The filmed recording was edited by Ben Pugh and will be released online with kind permission granted by the E.M. Forster estate. The production will be available to view for free, with York Theatre Royal and Pilot Theatre asking for donations from viewers, with all contributions being split equally between both charities.

A Decade of Discovery: York Festival of Ideas Celebrates Tenth...